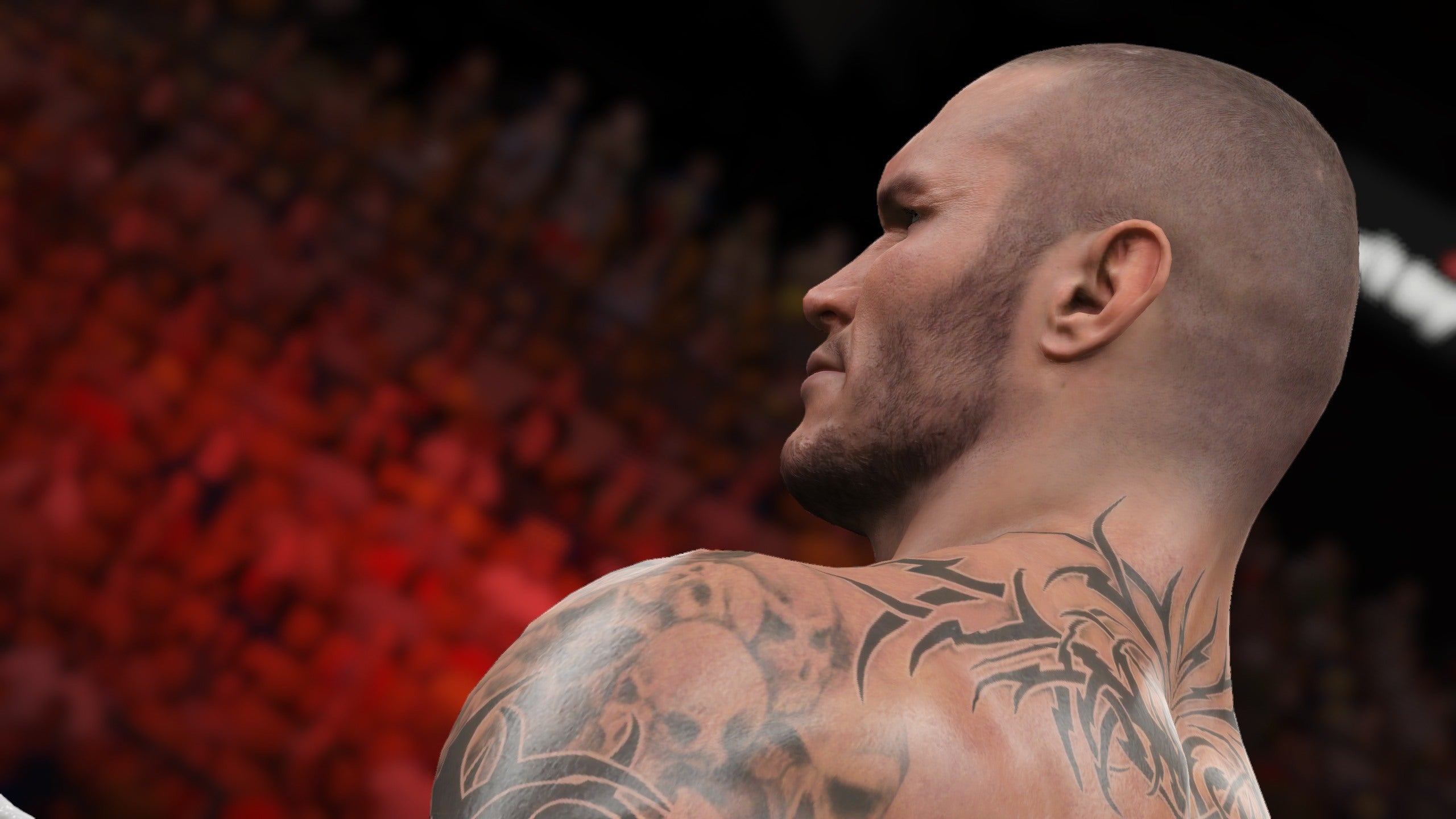 When Rocky Maivia made his WWE debut in 1996, he had the look and the talent, but he hadn't yet developed the star power that would make “The Rock” famous. WWE 2K15's debut on the PlayStation 4 and Xbox One has a similar mix: it looks and feels top-notch, but doesn't have the feature depth the series has previously delivered, making it feel like a step backward in a lot of important ways.

WWE 2K15's most notable improvements are apparent from the first bell. The frenetic pace that’s characterized WWE on PlayStation 3 and Xbox 360 has been slowed considerably, and it's mostly for the best. Take the start-of-match chain-wrestling sequences. These exchanges won't decide the direction of the contest, but they can start the superior technician off with slightly more momentum. While it’s an option that can be turned off, the sequences are enjoyable and tactical enough that I never wanted to.

As the bouts progress, the slower combat is both a blessing and a curse. Punches and kicks feel like they hit harder, thanks to precise collision detection. More importantly, the slower speed makes strikes easier-to-counter, allowing you to effectively shut down annoying strike-spammers. The realistic stamina system isn't quite as beneficial. As matches hit their endgame, things slow down far too much. Weakened competitors will slowly rise from attacks, crawl to the ropes, and stagger across the ring, which can make the final moments of a match either exhilarating or exasperating. While I enjoyed feats like making a desperate push to tag in a fresh partner or slowly draping an arm to make a pin on an equally depleted opponent, there were many more instances where I ran out of gas far too early and became more of a bystander than competitor.

The new-gen exclusive MyCareer mode is that same sense of purgatory writ large. I spent well over 10 hours bringing my created superstar from NXT tryouts to WWE Pay-Per-View matches, and ultimately, to championship gold. Along the way, however, not much else really happened. I ran afoul of some factions, had a few one-on-one feuds, and occasionally had to endure difficult tests from authority figures, but I also had to endure an excruciating amount of filler. In between these major events, the vast majority of MyCareer is spent taking part in storyline-free tune-up bouts and dark matches. I would have gladly traded these fights and their utility in improving my character's stats for something a third as long that only included the unique story stuff.

Fortunately, The 2K Showcase mode won't waste nearly as much of your time. It’s a mostly comprehensive look at two major feuds: the Triple H-Shawn Michaels rivalry that ran from 2002 to 2004, and the CM Punk-John Cena feud that kicked off the modern "Reality Era" in 2011. There's a handful of no-contest finishes and meaningless Smackdown main events that probably didn't need to be included though, and the complete lack of WrestleMania bouts like Punk vs Undertaker or Triple H vs Booker T is sad. Still, Showcase lands a little closer to the "every match matters" feel of last year's 30 Years of WrestleMania than the slew of forgettable recreations found in WWE '13's Attitude Era mode.

Old-school talent like Macho Man and Andre the Giant are under-represented, while even some modern stars from last year were also cut, like Zack Rider and Sin Cara. Most of those who made it in benefit from 2K's new-gen overhaul, and many, like Cesaro, Randy Orton, and Dean Ambrose look stunningly accurate. Those who haven't had new-gen attention stick out like sore thumbs, though. Stars like The Rock and CM Punk are only slightly improved (due to the real stars being unavailable for likeness capturing) and some Divas actually look less realistic than their last-gen counterparts. In better news, the creepy glitches that permeated WWE games on the 360 and PS3 have been drastically reduced, but you can still expect some instances of weapons flying out of the ring at mach speed or weirdly twisting limbs defying physiology.

Improvements have been made in the audio department as well. It's quite obvious that Jerry Lawler and Michael Cole recorded a lot of new commentary, and together to boot. In particular, the beginning of Showcase matches feature good back-and-forth chemistry, which was lacking in the past. There's also a good amount of new trivia added for every star, though a bit too much of it is Cole listing a wrestler's title wins or Lawler reading off moves. Be warned; a fair amount of dialogue from previous WWE installments is repeated, so you'll hear "he's putting his educated feet to good use" a few hundred times more this year.

Even more distressing than the shrunken roster are the creation options and match types that have been dropped between generations. Customized title belts and arenas are gone, which is a bummer, but there are two far bigger omissions: you can't create original stories, nor can you make an original female wrestler. The WWE Universe mode does have expanded story options that you can assign to rivalries, but they're rarely personalized to specific wrestlers, making them a poor alternative to community creations. Match types have also seen drastic reductions. Some gimmicky stuff like Inferno or I Quit matches won't be missed, but the loss of standard elimination matches and four-man Hell in a Cell hurts.

While both consoles can put a half-dozen wrestlers on screen (a slight disappointment since that was the same cap on last-gen) the biggest differences between new-gen consoles is that the Xbox One version allows six human players while PlayStation 4 only allows four.  Beyond that, there are no performances differences, as both bring their best 1080p and 60 fps behavior to fights.