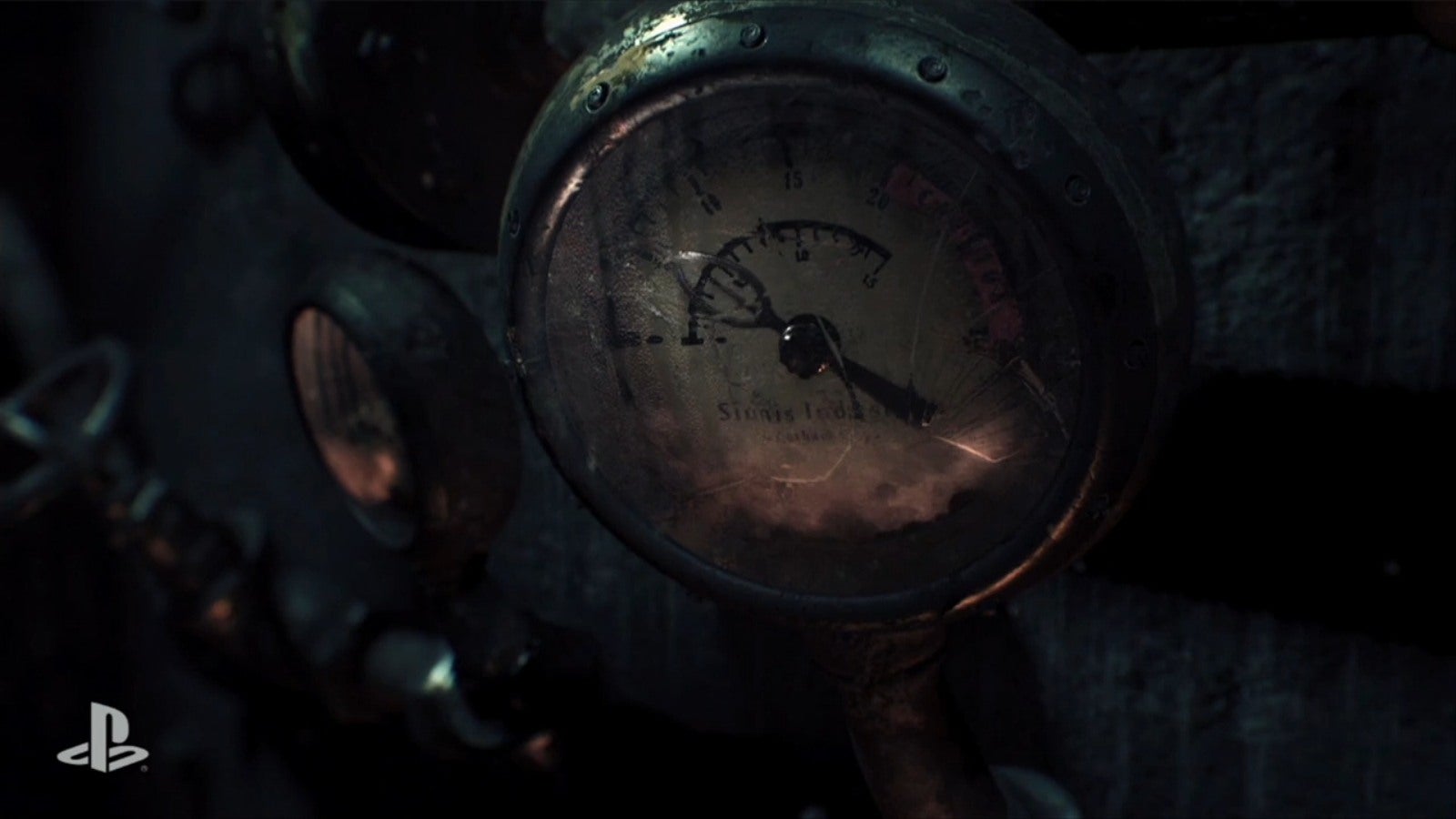 Arkham Asylum, the first Batman game from Rocksteady Studios, had the sense of a fresh beginning for superhero action games. Batman: Arkham Knight has a sense of finality. It builds on the revolutionary strike-and-counter fighting style with powerful new moves  and enemies; it expands on Arkham City’s open world with a larger, more detailed version of Gotham; it introduces a new fully playable Batmobile and makes it an important part of the action and puzzles; and it brings all of Batman’s closest family of Gotham superheroes and rogues together for an amazing, great-looking finale.

Roughly 12 hours’ worth of story missions do a great job of playing up the long history between Batman, the three Robins, and Jim and Barbara Gordon. The plot does stray a little too far into the supernatural for my tastes -- in that I generally find the Dark Knight at his finest when the threats he faces are at least remotely grounded in reality -- but in doing so it drives wedges between allies and delves into Batman’s psyche in an interesting way.

While the mystery of the identity of the Arkham Knight (a militarized anti-Batman who serves as co-antagonist along with the Scarecrow) fizzles out, there are other surprises to fall back on that kept me engaged in the twisting story. Plus, several strong performances gave it personality: the unsettling monotone voice of John Noble makes this the eeriest version of the Scarecrow yet, Mark Hamill returns for some excellent, darkly hilarious posthumous Joker lines and reenactments of some of the most famous scenes from the comics, and of course the definitive Kevin Conroy stars as Batman. Here and there a few cheesy, wooden lines pop up, mostly in the side quests, but the same is true of nearly any game of this size.

And its size is significant. We’re now free to explore three islands of the dark and intermittently stormy Gotham City, which is given character and color by its many bright neon lights and noticeable landmarks like the Chinatown district, Wayne Tower, and Ace Chemicals. All of which are beautifully detailed, and the lighting effects reflecting off wet streets and capes highlight impressive texture detail. The city has been evacuated again, which conveniently makes it impossible to accidentally or intentionally beat up innocents, but the streets are far livelier than in past games thanks to vastly increased populations of criminals, both on foot and engaging in high-speed pursuits with Gotham Police cars. (The animation you get from countering them when they try to run you down is hilarious.) Notably, we don’t return to the Batcave in Arkham Knight, which is fine by me considering how much time was spent there in the past two Arkham games.

With the new moderately large open world comes improved transportation. Not only can you cape-glide much faster thanks to an upgradable grapnel, but we’ve also got the rocket-powered, transforming Batmobile, which is to the streets of Gotham City as the Kool-Aid Man is to brick walls. Nearly everything in your path crumbles in a satisfying way as you chase down criminals, and we get some impressive slow-motion explosions out of the simple vehicular combat. (Remember: Batman doesn’t kill, so we can assume everyone walks away from these fiery wrecks. The same goes for the thugs you run over in the street, who are both hit by a car and electrocuted.) These were the only moments I noticed the framerate dip a little, and it wasn't by much.

The Batmobile can also be remote-controlled, which makes it a great addition to Batman’s environmental puzzle-solving toolbox. Need to be in two places at once to trigger two switches, or to sneak up on enemies who’ve got you cornered? No problem. And it can be summoned almost anywhere outside, leading to a fantastic move where Batman dives in as it zooms to him.

The twist is that when you hold the left trigger, the Batmobile swiftly turns into a slower but highly maneuverable tank that you use to blow up battle drones. That’s... weird. On one hand, this is about as un-Batman an activity as I can imagine. He’s a hero known for using his fists, his non-lethal gadgets, and his wits to defeat criminals because his parents were murdered by a gun, and yet here he is, a knight in futuristic armor blasting away with guns galore. (They automatically switch to non-lethal ammo when targeting humans.) Rocksteady’s obviously aware of this, since more than one character comments on how it’s not exactly his style.

On the other hand, tank battles are good fun -- the idea of having hostile drones project a visible line of fire where they’re about to launch a shell gives you awareness of enemies attacking from all sides and lets you avoid them, and it gets tough when heavy and flying drones are introduced and you’re given secondary weapons, such as EMPs and missile barrages, to counter them. True, tank battles are nowhere near as interesting or replayable as the improved brawling and predator-style fights, but adding this third mode of combat to Batman’s repertoire does great things for pacing and variety, ensuring we’re never doing the same thing for long.

Tank mode plays a big role in puzzles, too, thanks to a grapnel winch that pulls things down for you. Tank-based platforming puzzles are the one place where the Batmobile feels like a bad idea. They’re only slightly more fun than they sound like, because while it’s maneuverable and can strafe, driving up a narrow ramp is still frustratingly clumsy. Also, take note: both driving and tank combat became much more enjoyable when I switched the controls from the counter-intuitive default scheme to the more natural toggle mode, where you don’t have to hold the tank button down and the left trigger brakes (as every other driving game has taught us it should) instead of transforms. Find that in the Game Options menu, and thank me later. [Edit: Note that you have to reach the GCPD garage before you can enable this option. For some reason it doesn't show up at all until then.]

Meanwhile, Batman’s signature strike-and-counter brawling and stealthy predator fights feel better and smoother than ever, and of course they’ve been upgraded with dozens of powerful and interesting new mechanics and subtle tweaks that give us more to experiment with and master. Some of the new moves feel overpowered at first. In brawls you can pick up a dropped baseball bat or club, which gives you a few seconds’ worth of bashing through shielded or shock-baton-wielding enemies, and in predator fights the surprise multi-takedown move that knocks out up to five unsuspecting targets at once and the voice synthesizer gadget that can lure thugs into traps in predator fights both chew through thugs very quickly. But the increased number of enemies in play and new types, like the huge gatling-gun brutes and a medic who can protect his allies with electric fields (which must be shorted out with the Bat Claw before you can hit them) and revive anybody you’ve already knocked out, balance it out well. Also, being hunted by thugs who use denial tactics like firebombing ground vents, controlling hovering drones, deploying landmines, and detecting you if you use Detective Vision for too long made me change up my habits and targeting priorities.

A few flashy fight scenarios in the campaign and side missions let you team up with an AI-controlled Robin, Nightwing, or Catwoman, and use them to execute some awesome dual-takedown moves that knock out any enemy instantly and temporarily swap you to control of your partner (while maintaining your combo count). It doesn’t add much mechanically, but fighting side-by-side with a sidekick is a very Batman thing to do. These climactic showpiece fights let Arkham Knight get away with almost entirely dropping the gimmicky boss fights that ended up as low points of previous Arkham games. In a way it’s a let down that there’s no direct physical confrontation with most arch criminals, but nothing is sometimes better than something annoying.

The campaign is complemented by a ton of mostly excellent side quests built around stopping villains like Two Face, Penguin, and of course The Riddler. Each mission series has its own gameplay style -- Riddler, for instance, has a mix of his typical riddles and novel Batmobile race courses where you have to speed through while tapping a button to extend or retract pieces of track or obstructions moments before you plunge to your doom or crash and explode; Two-Face’s crew robs banks, putting a timed twist on predator fights; Man-Bat requires listening for his echolocation screams and then performing aerial takedowns. Some -- namely the Arkham Knight’s mercenaries who generally require beatings -- get a bit too repetitive if done one after the other, but mixing things up and doing missions as you find them is worth easily another dozen hours of variety-packed gameplay. And that’s before you even get to the addictive challenge fights -- which include racing and tank battles -- and a New Game +.