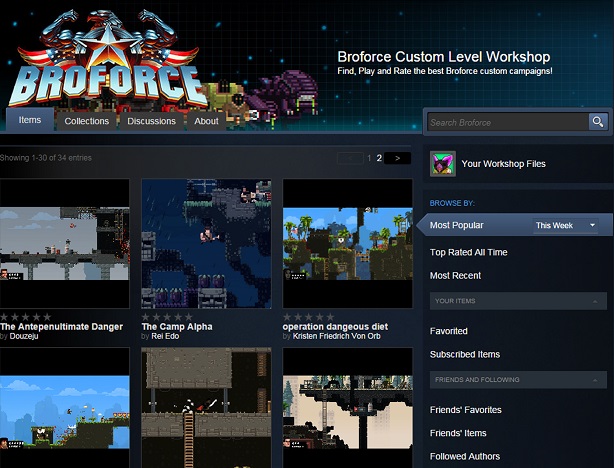 Broforce received a free "tactical update" today, adding new missions and characters to the side-scrolling shooter. The two new bros in the game are Bro Max, a spoof on Max Rockatansky from Mad Max, and The Brode, a take on Uma Thurman's character The Bride from the Kill Bill series of films. The game's new campaign missions are set in Eastern Europe.

The update also introduced Steam Workshop support for the game, allowing players to create their own levels and share them with the game's bro-mmunity. Broforce launched on Steam Early Access in April and was a source of fun for Joystiq Streams around that time. The game is still in beta, available for $14.99 through Steam and the Humble Store. Head past the break for a brotastic trailer that shows off the new items delivered through the game's update.
[Image: Devolver Digital]
Gallery | 5 Photos